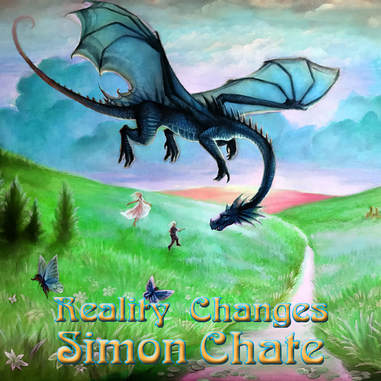 After 7 long years in the making, my first album, Reality Changes, was released worldwide July, 2017. The album features 13 original tracks - 12 songs and 1 instrumental. The songs were written at various stages in my life and all had their place in the soundtrack for my personal journey.
I began recording the CD in S.A.E. at Byron Bay, with recording engineer, Dirk Terrill, but after half a dozen sessions Dirk was no longer able to work on the album due to his busy work schedule and so I transferred the audio to Top Cat studios in Alstonville where I recorded the remainder of the album with studio engineer, Brad Wann. It was then mastered at Benchmark Studios by Don Bartley.
As well as myself on vocals, guitars, bass, flute, whistle, bouzouki, mandolin and didge, the album also features some very impressive guest musicians:
Click here to go to Simon Chate's Artist page on Spotify.
Reality Changes by Simon Chate is now available in all major digital stores.
Proudly powered by Weebly